Individuals who wish to “stand-by” should arrive 15 minutes prior at the departure site and add their name to a list at that time. If there are “no-shows” for the visit, as many on-site stand-by individuals will be accommodated as possible.

The Gwinnett School of Mathematics, Science, and Technology began in 2007 as a Science, Technology, Engineering, and Mathematics (STEM) charter school. Gwinnett County Public Schools sought to create a new high school with a rigorous, authentic STEM-focused curriculum. The district conducted national research of existing secondary school programs, reviewing curriculum, visiting campuses, and meeting with school leaders. In March of 2006, the Gwinnett County Board of Education approved a charter that allowed for the flexibility in curriculum design and scheduling needed to realize the vision for the school.

GSMST opened the 2007 – 2008 school year in borrowed space on the campus of Duluth High School. Operating independently with its own faculty and administration, GSMST renovated and updated a handful of classrooms and offices to support the vision of a 21st Century learning environment. Meanwhile, work began on a new state of the art facility on the site of the old Benefield Elementary School in Lawrenceville, at the geographic center of Gwinnett County. The new building opened in the fall of 2010, hosting GSMST’s first graduating class.

The Mold That Changed The World

Would you save the world if you could? Alexander Fleming’s penicillin was a life-changing discovery that became a world-changing cure. Now at the end of his life, he is not just looking back, he must still look forwards – because the world depends on it. Resistance is a threat that no one knows is coming – because no one is listening. How can he rescue the power of all antibiotics from the frenzy of the miracle cure before it’s too late? The sell-out musical returns!

Emory University‘s mission is to create, preserve, teach, and apply knowledge in the service of humanity.

They push the boundaries of scholarship in artificial intelligence, cancer treatment, social and racial justice, and brain health.

Saturday morning’s field trip will provide an in-depth look at the school – on campus. Buses leave the hotel at 8:30am and will drop you back at the hotel at noon. 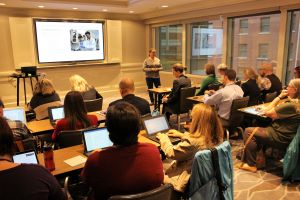 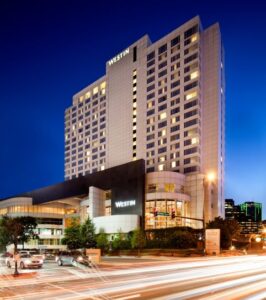